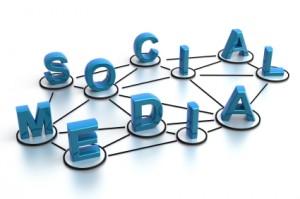 In a shock survey Twitter is revealed as more influential that LinkedIn for sales prospecting. A contributor to the Forbes article describes ‘Twitter as the bar after work – where you keep your tie on but loosen it a bit, and LinkedIn is the conference room in the corporate office’.  Who in sales does not like an occasional visit to the bar!

There is an art to creating a great LinkedIn profile and LinkedIn prompt you with tips and motivational messages to keep you focussed on maintaining your profile. Perhaps you only update your LinkedIn profile occasionally following a promotion or change of employment and for most their profile is relatively static. For that matter I know some people that are not in work but do not change their profile to make it appear they are in work so LinkedIn can be unreliable as a source of up to-date information. Some people post a ‘Share Update’ but I don’t see many in my own network doing that. Annoyingly I am being bombarded by unwanted ‘let’s connect’ invitations from people I don’t know with no reason given for the request. I like LinkedIn and have been a member since 2003, it is changing and some flaws are being revealed as it is increasingly used as a channel for unsolicited sales messages and that was not the case before.

Twitter on the other hand is about now, this instant, you contribution has to be concise, you can follow and be followed and it is very open and people accept that openness. Unlike a LinkedIn profile that is static, a tweet is dynamic and expresses a much greater range of interests than people would ever include in a LinkedIn profile. And that expression is a gold mine for sellers to tune in to what is happening now (company / individual) and get involved and matches the tempo of sales. Perhaps that is why the popularity of Twitter is growing with sales people that are prospecting because it is about now.