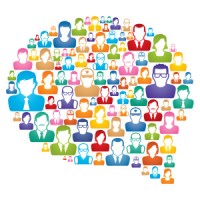 I chaired a panel of presenters at the Cloud World Forum in London (24-6-15) talking about ‘communications and collaboration’ and it is evident this is highly topical.

Now I don’t think the term ‘communications and collaboration’ is used ‘at work’ rather we talk about things we have to do such as; write a report, schedule a meeting, follow up on actions that we took at a meeting and think of them as routine tasks that millions of people at work do every day.

Some work is structured and process and workflows have been created to expedite the work and productivity. Other work is unstructured at the whim of the individual and give three people the same task and they will each go about it differently to complete it, some quicker than others.

When I think of how we get things done at 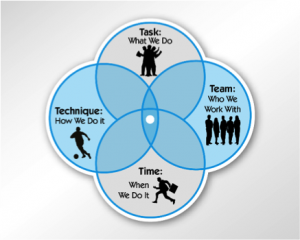 work I break it down into four parts:

Choice of technology to support the activities just described can be cultural and specific to an organisation and I’ve seen this as a consultant, to give an example; some organisations thrive on instant messaging whereas others shun it, yet it is, for those that use it, simple and expedient to progress a conversation, set up a meeting, share an idea, ask a ‘do you know’ and numerous other routine things.

Can technology influence the culture of an organisation and if it does how?

The consensus of the panel is that technology does impact culture and that is a people question and I was impressed by how one company had taken a different approach to involving people in a change of culture.

Often culture change is a top down exercise perhaps as a result of flagging performance or low workforce morale. And if something is really broken what do you do?

Give the challenge to teams of employees with some guidelines and create some competition: we have a problem how would YOU fix it?

The remarkable thing is that you devolve ownership and with that the subsequent change is made easier as the employees were part of that change – real employee engagement. Now you might not think this is so remarkable but it works and since technology is an essential they get to evaluate technology solutions as well and since they will be the users they get something a lot closer to what they need to do their job than something that is evaluated by IT against technical criteria.

It was a long day but boy was it worth it to hear such a wide variety of experiences from people at the coalface of organisational change enabled by technology.