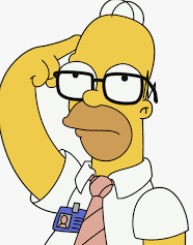 As we prepare to exit 2021, what’s coming up next? Is the Digital Transformation boom going to continue? Are these budgets delivering against expectations?

Here is a report that offers up some insights with supporting data.

Where do you put your money?

Tweet
Posted on December 7, 2021 by Frank Bennett in Uncategorized 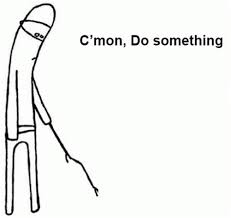 I have the sense that our freedoms and liberties are under assault and if we don’t make a stand they will evaporate.

I joined the Free Speech Union as a member.

I like what they stand or – The Free Speech Union is a non-partisan, mass-membership public interest body that stands up for the speech rights of its members.

I became a member of Liberty because there is a democratic crisis in the UK. The Government are shutting accountability in Parliament, through the courts, on the streets and in civil society.

I am joining like-minded people – will you join us?

For the price of a few pints I am supporting these causes that are defending my rights.

Tweet
Posted on October 4, 2021 by Frank Bennett in Uncategorized

Back in 2017 I self-funded my Financial Times Non-Executive Director Professional Diploma. This is Level 7 Masters degree qualification and it is tough going to graduate. When did you last sit a 3 hour observed pass/fail professional examination? Anyway I passed and that was to set me up in my journey to be a NED. I can’t say I expected to be called up to serve on the board of a PLC. Something else happened that set me on an unexpected journey to startup a business with the snappy name Digi-Board.

I have sat on boards of a private family company, charity and not for profit. I conduct governance reviews for charity and non-for-profit organisations in my role as Co-Founder of Digi-Board Limited . That is highly rewarding work assisting boards to improve their governance and step up to the use of digital technology to aid board effectiveness.

Today I read a report published by the Financial Times ‘The Great Board Reboot’. It tells of big changes ahead in terms of how a board operates.

As an author of books, the most recent being commissioned by Microsoft Corp, the report highlights a deficit of understanding among boards about digital technology. The FT report talks about changes to operating models and myself and co-authors coined the term ‘Digital Operating Model’. To explain this for the non-technical reader, we wrote a book that you can download here.

What did the FT report highlight about boards understanding of digital technology?

I continue my search for a NED position and this report suggests my technology background puts me in the frame. Do get in touch if your board needs an injection of digital technology with governance and understanding of risk.

Tweet
Posted on August 13, 2021 by Frank Bennett in Uncategorized 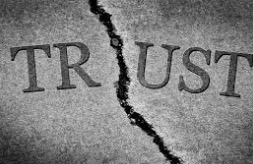 I follow and donate to the Good Law Project. Why? Because they uphold democracy and in doing expose corruption of our government.

Here there is mandate

Many families have faced hardship during Covid. They have debt. They may be reliant on food banks. Contrast that with the wealth that has been accumulated by some people plundering the public purse and getting filthy stinking rich out of Covid. Lucky them!

Do you feel angry knowing that some people in positions of favour have ruthlessly exploited Covid for their personal enrichment? We are all in this together? Yes? Actually, No.

Good Law Project have been actively exposing corrupt practices through the Courts and they are winning. Read on and be ready to shake your head in despair at what you read.

Lord Bethell is the Health Minister responsible for overseeing the award of Covid contracts. His time as Health Minister has been mired in controversy: from failing to declare meetings with firms that won huge Government contracts to using his personal email address to conduct Government business. Good Law Project has a particular interest in the role he played in the controversial award of lucrative contracts to Abingdon Health.

Last week in Court we argued against the Government’s attempts to apply blanket redactions to documents relating to the Abingdon Health contracts. We were successful: an important step towards transparency.

But the hearing uncovered something more alarming. In sworn evidence, Government admitted that some of Lord Bethell’s dealings with Abingdon had been conducted via WhatsApp or text message, and were held only on his private mobile phone. And if that was the case for Abingdon, why not other VIPs too?

What’s more, in December last year, Lord Bethell was told his mobile phone would be searched for documents relating to this case. Just weeks later, it seems, he ‘replaced’ his phone because, Government lawyers say, it was ‘broken’. They are not now sure it will be possible to retrieve WhatsApp and text messages.

Lord Bethell has overseen the award of billions of pounds of public contracts. Information revealing how these contracts came to be awarded may now be lost – or have been destroyed.

Our lawyers have written to Government to demand answers. When did Bethell learn his phone would be searched? When did he report it as broken? What attempts were made to save crucial information from his old phone? If not, why not?

This Government seems allergic to scrutiny: redacting some documents, hiding others from public scrutiny via ‘confidentiality rings’, permitting Ministers to award billions in public money via private as well as official channels, and failing to protect evidence from destruction.

We are taking action to close this accountability gap.

Want to bring the government and those it enriches to account?

Consider a donation to the Good Law Project. Thank you.

Tweet
Posted on August 5, 2021 by Frank Bennett in Uncategorized 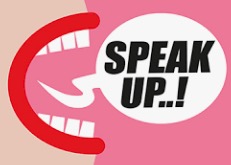 I am getting a little tired of being told by those we elect to serve us what we can and can not and must not and this and that.

The latest annoyance, and one that infuriated me, was the pronouncement of a government Minister, or is that Dictator?

I wrote to my MP rather than kick a tin can down the road. I am sharing that email as an example of how everyone can bring those we elect to ‘serve us’ to account. I personally feel, that they are out of control and lost the plot!

I will post the response – don’t hold your breath. My last email to my MP Nick Gibb was not answered. Tells me everything I need to know about the arrogance that has seeped into politics that they are important, you and I are not important!

Tweet
Posted on July 30, 2021 by Frank Bennett in Uncategorized

Here is the thing, Brexit is done, well, we still have the divorce settlement (the small matter of £35-39Bn to be paid to the EU) and is no longer talked about as the news is all about Covid.

Our health service is reported to be on its knees. A queue of 5, or is that 10 million people, waiting for treatment, and a backlog that will take 10 or more years to clear. The divorce settlement would go along way to helping clear that backlog. Recall our Prime Minister’s (BoJo) pledge to put £350M a week into the NHS. Sorry, in case you don’t realise, you were lied to!

Back to the book.

You may have been a remainer or a leaver. What did you base your decision on? If you relied on the BBC (Biased, Bought, Corrupt) national broadcaster to help make your decision, then you were duped.

My realisation is, and reason for writing this blog, is that I have been served up propaganda and false information about Brexit (and the BBC is a culprit) and the history (beginning before World War II) that preceded the Brexit referendum.

I fear the same propaganda and false information is being spread about Covid.

Call me a skeptic, conspiracist, nutter, I ain’t accepting anymore the drivel reporting of the BBC and Main Stream Media (MSM). Here is an example of how the BBC distorts reporting of news. Why did the BBC choose to show a picture of a middle aged man on a ventilator (reported to have Covid) when the majority of Covid deaths are among those aged over 80?

How did I come about the book? My postman gave it to me. They are awake and aware that if you seek the truth then you need to look elsewhere than the BBC and MSM. You decide.

Tweet
Posted on July 28, 2021 by Frank Bennett in Uncategorized 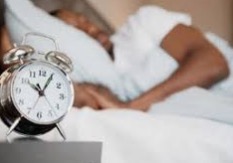 Random conversations with business owners has revealed a crisis – they can’t find people to fill their vacancies. There is much shaking of the head and confusion.

Then I find this article that may have some clues to this phenomenon.

Click here to read an article dubbed: “The Great Resignation”

Have any of your conversations touched on any of these possible explanations why there are so many unfilled vacancies?

Tweet
Posted on July 15, 2021 by Frank Bennett in Uncategorized 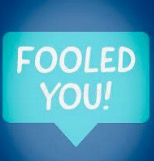 You may recall that Boris Johnson stated during his Brexit campaign the UK sent £350M a week to the EU. That he claimed, would now go to the NHS. Bravo. Hang on, let’s look more closely at the numbers.

Right now the NHS backlog is >5M patients waiting for treatment. I think we are probably going to see the slow demise of free healthcare at the point of delivery. We have a two-tier system, NHS and Private, and that is going to accelerate ‘you’ having to pay for your healthcare unless you want to join a very very very long queue. Better start saving up! Oh, your savings have been wiped out by the pandemic and you are in debt.

Tweet
Posted on July 12, 2021 by Frank Bennett in Uncategorized

Yup, business is consumed with Digital Transformation. Is this conversation a story created by the technology sector (we have solutions to sell) or the reality that business is now reinventing / revisioning / reimagining / reverything as the economy wakes up from COVID? That business model that served us pre-pandemic, doesn’t look like it is gonna make it. Wait, we need a Digital Transformation strategy.

So who came up with the the term ‘Digital Transformation’? Who cares? As a salesperson working for Wang I talked up the ‘Paperless Office’. It was, umhh, in hindsight, naive. I bought a printer last month and while it is true I am more selective how much I print (printer cartridges are expensive) I still use paper. Just like everyone else.

Tweet
Posted on June 28, 2021 by Frank Bennett in Uncategorized

I am not a fan of BBC News but on this occasion applaud them for this useful dataset.

I have witnessed many conversations with people sounding off about what ‘they think’ rather than ‘what they know’ about Covid-19.

So if you think the pandemic is over, or you think it is still very much alive, then you can check it out for yourself – where you live!

Results for my postcode show – I interpret – we are NO LONGER IN A PANDEMIC (defined as a global epidemic). I am not ignoring events in India and there are travel restrictions in place for good reason.

Compare this with historical data for death rates in Arun.